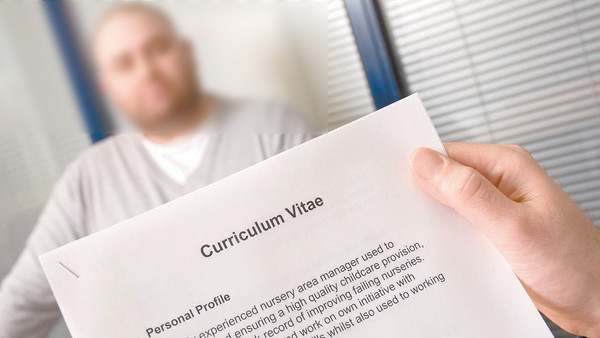 Why you should never trust what you read on a CV

Job applications should not be trusted on first viewing as the majority of CVs are riddled with inaccuracies, a new study has revealed.

More than half, or 56pc, of job applications in 2014 included incorrect details about the candidate, according to a survey by the employment due diligence service.

While that marks a drop on the 64pc of applications that contained errors in 2013, the annual Candidate Health Check unearthed an increasing number of mistakes in certain areas.

Jobseekers are most likely to misrepresent – whether intentionally or accidentally – their educational background, with four in 10 applications last year including a false grade, qualification, institution, course or date.

That represents an increase of a quarter on the 32pc of applications that featured educational errors the previous year, the research found.

More than a third of CV checks in 2014 uncovered incorrect information about the applicant’s employment history, up from 33pc the year before, while three in 10 statements about the candidate’s professional qualifications were found to be untrue, slightly above the previous year’s figure.

Almost a fifth of applications included false claims about the candidate’s previously held directorships, up from 16pc tin 2013.

In July, CIFAS, the UK’s fraud prevention service, said that 324 people had been prosecuted in 2013 for submitting fraudulent job applications, a 58pc rise on 205 a year earlier.

“Fraud by false representation” on a job application is punishable by up to 10 years in prison under the Fraud Act 2006.

Steve Girdler, managing director of EMEA, said, “We are seeing a concerning new trend – the number of multiple errors on job applications is rising, in important areas such as education and employment history.”

The research is based on 456,000 due diligence checks of more than 125,000 job applications across Europe, the Middle East and Africa throughout 2014.

“HR processes should be in place to reveal when errors appear on applications,” Mr Girdler said. “Candidates also need to double and triple check all their claims or honest mistakes could increase the amount of time it takes them to start a new role or – at worst – affect their chances of employment.”