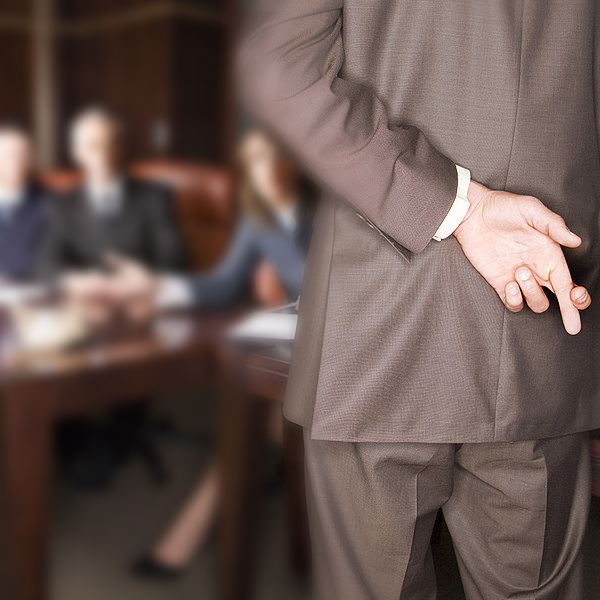 Cheryl Obermiller, who bills herself as “The Pothole Queen,” built a successful and respected small business that provides parking lot maintenance services. She didn’t realize that as she was bringing in revenues, a trusted employee was taking them out.

By the time she discovered the embezzlement in 2010, Obermiller Construction in Harrisonville, Mo., had lost nearly $1 million.

“The most shocking thing to me after my embezzlement was seeing how many red flags had been there all along, which I had either ignored or misinterpreted,” she says. “Don’t let your friendship with an employee, or your natural sense of trust for people, give a dishonest person a safe place to steal.”

Embezzlement, by its very nature, can be difficult to quantify. The Association of Certified Fraud Examiners in Austin, Texas, found in a 2012 survey that the typical organization loses 5 percent of annual revenues to fraud. The median loss was $145,000, and 22 percent of losses were at least $1 million.

“In a lot of ways, fraud is hard to measure,” says Allan Bachman, CFE, education manager for the association. “It tends to be a hidden crime that is harder to see and more difficult to measure. We are finding that instances of fraud are increasing, but does that mean more are being committed or that more are being uncovered and prosecuted?”

It can happen to anyone

The reason why so much embezzlement goes undetected can be summed up in four words: It can’t happen here. These words have gotten Obermiller and countless other business people into trouble.

“The one thing I hear owners say all the time is ‘do not assume it cannot happen to you, that it only happens to the other guy,’” Bachman said. “’I have good employees; no one has stolen from me.’ The reality is that you just may not have caught the person who has stolen from you.”

“Embezzlers don’t tend to be that sophisticated,” she says. “Embezzlement is pretty mundane and has been for some time. Business owners find it hard to accept that someone they have relied on is in fact stealing from them.”

In fact, many embezzlers start off with the intent to replace the money before anyone knows it’s missing.

“It’s not so much a question of trust as it is of people being human and falling prey to a stupid decision,” Crane says. “They make a stupid long-term decision to solve a short-term problem. They are not a common thief who has an embezzlement history. They find themselves between a rock and a hard place and think they will pay back the money.”

“Some of the most dangerous — and common — signs of fraud look like something else entirely: hard work and dependability,” she says. “And that is precisely what makes them so dangerous.”

She offers these pointers that businesses learned the hard way:

Sudden lifestyle changes also can be a tip-off. “People who are stealing will not hide the money in their backyard,” Bachman said. “They spend it. Some of the red flags may be a visible change in lifestyle, such as a new car, dressing better, new home or swimming pool.”

An awareness that embezzlement can happen in any business is the first line of defense. Bachman’s association recommends five steps to lessen vulnerability:

Simply put, the more aware and involved managers become, the less the risk.

“Managers who are involved with their employees, understand their jobs and are curious about things will be much more likely to deter fraud,” Bachman says. “The No. 1 thing is that many business owners don’t accept the fact that someone they know and like could be stealing behind their back. If they accept that and put some pretty simple procedures in place, they could reduce the risk substantially.”