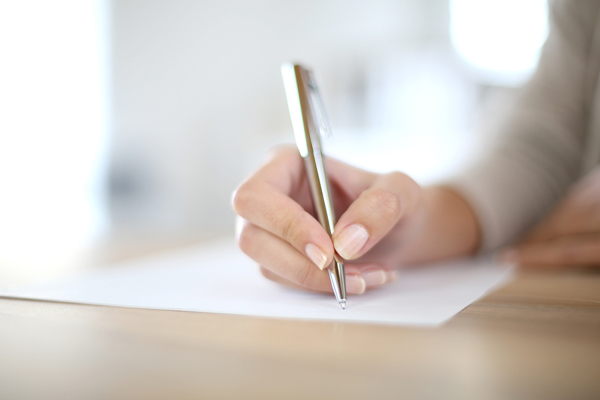 Performing comprehensive background checks on potential employees is one of the most basic steps that any organization can take in ensuring the safety of their workplace. Not only does it enable companies to uncover security red flags in a job candidate’s past, but it also helps improve the overall quality of hires.

In fact, according to recently released Annual Employment Screening Benchmark Report for 2015, 56 percent of organizations surveyed said the primary benefit they saw as a result of screening was better quality of hires. The report, which is based on over 3,000 responses from nearly 2,500 different organizations, also found that the overwhelming majority of respondents, 86 percent, had uncovered candidates who either lied or had misrepresentations on their resumes or job applications. Additionally, 49 percent said they believed that screening helped create a more consistent safety and security environment within their organization.

Despite the benefits that organizations say they have realized as a result of screening, the report also uncovered some significant gaps.One of the findings from the study that really stood out to her was the fact that only 15 percent of organizations screen employees outside the U.S.

“A lot of organizations say that they don’t actually have anyone outside the U.S. or they believe that they don’t have anyone outside of the U.S. When we looked at the survey, about 28 percent said that they didn’t have U.S. workers with foreign components to their background, so they believed that they didn’t have any global components that they had to look at for a person’s background,” said Trindade. “We were a little surprised by that number when you consider some of the U.S. Bureau of Labor Statistics’ information that shows about 16 percent of the U.S. labor force was born in 2012. A lot of companies should be careful about their assumptions as to whether they would have employees with foreign components to their background. Some companies may be underestimating their risk there.”

Another surprising statistic to come out of the report, according to Trindade, was that 54 percent of organizations were not doing any type of additional screening post-hire.

“Normally, you would see a lot of organizations who would at least do rescreens on change of access,” explained Trindade. “For example, if you were changing jobs that provided you with more access.  Let’s say I worked in a hotel and I was in landscaping before but now I’m moving into maintenance, now I might have a key to virtually every room so that’s a very different change in access and that might require a very different type of search.”

Employers may also be falling short when it comes to screening the extended workforce as only 29 percent of organizations indicated that they screen non-employees.

“When you think about organizations, a lot of them are using vendors, contractors and temps on a regular basis,” said Trindade. “A lot of times those individuals have the same level of access that an employee does and, in some cases, even more access.”

The use of social media in screening potential employees is another area that remains a slippery slope for organizations as many states have enacted laws expressly forbidding companies from looking into what an applicant may have posted on Facebook or Twitter. However, the study found that an increasing number of companies are indeed incorporating social media into their screening process. In last year’s survey, Trindade said that less than 10 percent of organizations were using social media in their screening process, however, this year that number rose to about 26 percent. Of those who said they did utilize social media for screening purposes, LinkedIn was the most common site search at 20 percent, followed by Facebook at 14 percent.

“Historically, we’ve seen it in areas like recruiting versus screening just because of the potential EEOC complications with viewing social media. Obviously, when you’re viewing social media you are getting potential access or information about protected classes like race, gender, religion, and age. That was actually pretty surprising to us,” said Trindade.

Organizations are also still trying to come to grips with issues surrounding the legalization of medical and recreational marijuana use across the country. Currently, 23 states and the District of Columbia have legalized the use of cannabis for medical purposes and three states – Washington, Colorado and Alaska – have approved the recreational use of marijuana. According to the study, 53 percent of organizations have no policy as it relates to accommodating the use of medical marijuana. Only four percent of respondents said they do have a policy to accommodate medical marijuana use, but six percent who said they didn’t currently have one indicated that they may implement one within the next year.

“Although we saw an increase in those that do have policies, there is still a pretty significant size group that doesn’t have a policy,” added Trindade. “Particularly from a security standpoint, you would expect organizations to create a policy about use, possession and influence in the workplace.”

Trindade said that the report really drove home the fact that organizations really need to spend time, at least once a year, examining their employment screening policy and practices.

“If they are not doing that, I think that’s where some of the gaps… may end up coming to light,” she concluded. “Evaluate a screening program with the trends in the industry and marketplace in mind so that you are adapting and adjusting. Whether it is medical marijuana, the use of E-Verify or the globalization of the workforce, those things end up getting considered in the policy because it is absolutely critical to have a clear and consistent policy so that you are not surprised should something coming up in the screening process.”