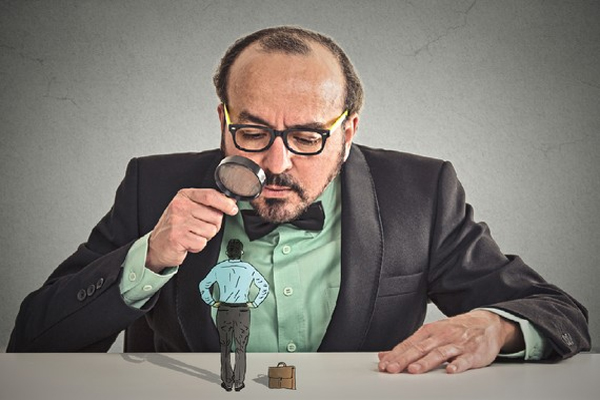 Haunted by the Past: A Criminal Record Shouldn’t Ruin a Career

In the past year, alleged assaults on passengers by Uber drivers in San Francisco, Chicago, Boston, and other cities have called into question whether Uber’s employment screening procedures are keeping their customers safe. As allegations of driver misconduct mount, a growing consensus has emerged: Private background checks are not good enough. Uber, like most companies, currently screens job applicants using background checks run by private consumer reporting agencies (CRAs). These checks are compiled through manual searches of local court records.

Recent lawsuits, including one brought by prosecutors in California, have proposed that Uber could improve its background checks by fingerprinting job applicants and accessing criminal history information from the California Department of Justice (DOJ) and FBI criminal history databases. Unsurprisingly, the Taxicab, Limousine & Paratransit Association, whose members compete with Uber and are themselves subject to fingerprint-based screening, also supports this proposal. And now, even members of the U.S. Congress are demanding that companies like Uber adopt fingerprint-based background checks.

Private background checks often associate a criminal offense with the wrong person based on the similarity of their names.

At first glance, the push towards fingerprinting job applicants seems to make sense. And of course, Uber should seek to increase customer safety through sound background check policies. But the intense focus on fingerprinting is grounded in two faulty assumptions: First, that fingerprint-based background checks are orders of magnitude more accurate than private ones (they’re not). And second, that evidence of past criminal history is always a strong indicator that a job applicant will engage in misconduct on the job (it’s not). In fact, the debate on which type of background check is the “gold standard” diverts attention from a more pervasive problem in the workplace—namely, the indiscriminate (and potentially unlawful) use of criminal history information to deny jobs to qualified workers.

Replacing background checks with fingerprint-based background checks will not eliminate these same mistakes, and may not even substantially reduce their frequency. Criminal record information passes through many hands in law enforcement, including the court system as well as the DOJ and FBI themselves. Errors can be introduced at any stage of transmission before it ends up in state DOJ and FBI databases. Further, crucial information may not even be transmitted to the databases in the first place: According to a 2013 National Employment Law Project report, roughly 50 percent of the FBI’s criminal history records are incomplete and fail to include information on the final disposition of an arrest. On top of all that, false positives or mismatches based on similar names—which are often identified as the biggest problem with private background checks—can still occur in fingerprint-based background checks because arresting agencies do not always fingerprint everyone they bring in. Those criminal case records are still sent upstream to the DOJ and the FBI, and while statistics are hard to come by, we know from experience that they can, and sometimes do, become erroneously associated with the wrong person.

Consider that over-reliance on background checks inevitably screens out qualified, trustworthy job applicants. More than one in four adults in America has a criminal record, and the vast majority of them currently pose no threat to public safety and will not go on to commit crimes in the future: Most recidivism occurs within three years of an arrest, and beyond that point, recidivism rates begin to decrease so dramatically that a criminal record no longer indicates that a person is more likely to be arrested than someone without a record. At the same time, some individuals who commit violent crimes—such as the San Francisco Uber driver charged with attacking a passenger with a hammer—have no prior criminal record that would show up on a background check.

Cases like these illustrate that criminal background checks might make consumers feel safer without actually making them safer, and at the cost of unnecessarily limiting job opportunities for qualified job applicants. This cost is borne disproportionately by people of color; indeed, racial disparities exist in every stage of our criminal-justice system, from arrest to trial to sentencing, and as a result, black people are incarcerated at nearly six times the rate of white people, and Latinos at nearly twice the rate.

Take, for example, the case of Felicia Green (not her real name, to protect her privacy), a 59-year-old black woman and a client of the East Bay Community Law Center. Last year, Green applied to work as a caregiver in a group home for young people and their families. In terms of experience and training, she was a model candidate: She worked for ten years as a residential advisor for a program administered by the U.S. Department of Labor. Green had stellar references, and also recently became licensed as a Covered California enrollment counselor.

Unfortunately, Green’s criminal background check revealed two old misdemeanor convictions. Her caregiver job application process, which had been going smoothly, came to a grinding halt. Green’s first conviction, a DUI from more than two decades ago, stemmed from a single lapse in Green’s judgement: the decision to drive home after drinking wine at a friend’s baby shower. Fortunately, there was no car accident, and it was Green’s only DUI. The second conviction occurred seventeen years ago, shortly after Green’s husband passed away unexpectedly after being diagnosed with cancer. At the time, Green was on welfare, and having taken custody of her husband’s surviving children, she was struggling to make ends meet. She received an overpayment that she neglected to report, and she was convicted of welfare fraud as a result.

The relatively recent ubiquity of background checks has made it so that criminal convictions function as a modern-day scarlet letter, nearly impossible to overcome. For Green, the two decades-old convictions were her sole encounters with the criminal-justice system. But in the context of her job application, those convictions might as well have happened yesterday. The past two decades of staying out of trouble and being gainfully employed couldn’t prevent her from being flagged as a hiring risk. Even though the group home expressed interest in hiring her, bureaucratic hurdles prevented them from doing so once her convictions came to light, so in the end, Green didn’t get the job.

How can employers preserve opportunities for people with criminal records while addressing concerns about public safety and employer liability?

Do Green and others like her really deserve to keep paying for their mistakes long after their sentences have been served and their fines paid off—in other words, long after their “debt to society” is paid off in the manner prescribed by the justice system? And is society is truly better off when we prevent someone like Green from working? Both are deeply problematic propositions. The assumption that an individual should pay for a crime indefinitely through ongoing social and economic exclusion never imposed by a court runs counter to the ideals of rehabilitation and redemption that we claim as fundamental in our justice system and in our social fabric. The evidence plainly debunks the idea that preventing the reintegration of people with a criminal history results in a net positive for society: On the contrary, empowering people to work substantially reduces recidivism, while cutting people off from job opportunities perpetuates cycles of poverty and crime.

How, then, can employers preserve opportunities for people with criminal records while addressing concerns about public safety and employer liability? The law is making slow progress towards acknowledging that criminal background checks don’t tell the whole story. For example, Title VII of the Civil Rights Act of 1964, which bars employers from excluding applicants based on race, color, religion, sex, or national origin, still permits taking an applicant’s criminal history into account. But in 2012, the Equal Employment Opportunity Commission, which enforces Title VII, released a guidance document restating its position that hiring policies which result in the disproportionate exclusion of people of color—such as a blanket ban on people with criminal records—may violate the law.

The recent trend towards the passage of state and local “ban the box” laws is also instructive. These laws limit how and when employers can consider an applicant’s criminal history in the hiring process. The specifics of these laws vary, but most of them require employers to remove from their job applications the checkbox asking about criminal history information. Only later in the hiring process can employers inquire into an applicant’s record, discouraging the practice of indiscriminately weeding out applicants with any criminal record.

For example, Alameda County in California implemented a “ban the box” policy in 2007. Applicants applying to work with Alameda County are not asked about convictions on the job application, and no applicant is screened for a criminal background until after being determined to be qualified for the job. In addition, the County analyzes whether the convictions, if any, are related to the specific duties of the job in question. In 2012, five years after the policy went into effect, the interim director of Alameda County’s Human Resource Services Department noted that the County had not had any problems with the policy, and had actually “benefited from hiring dedicated and hardworking County employees because of the policy change.”

While imperfect, these types of laws illustrate that the goals of ensuring public safety and promoting equal opportunity are not mutually exclusive. Indeed, the same kinds of policies that increase accuracy in identifying applicants as a hiring risk can also increase fairness in the screening process. Along these lines, employers—as well as occupational licensing agencies—should implement a smarter, more holistic approach to the screening process that carefully considers the information in criminal background checks as one factor among many. If an applicant has a criminal history, it’s not necessary to reject them automatically. Take into account the seriousness of the conviction, how long ago it happened, and whether it actually has anything to do with the job in question.

In the words of civil rights attorney Bryan Stevenson, “each of us is more than the worst thing we’ve ever done.” In the rush to screen out a few dangerous individuals, companies might be unfairly slamming the door on millions of hardworking people who are qualified and deserve access to job opportunities.